I added 12 blue LED’s to the Nintendo, and added a plexi-glass window to the top of the Nintendo to make the lights more visible and to see the game cartridge that is in the Nintendo.

I used a dremel to cut out the top of the NES and then installed the plexi-window.

There is a switch on the back that can turn on and off the lights on the NES, and it operates independently of whether or not the NES is turned on or off. 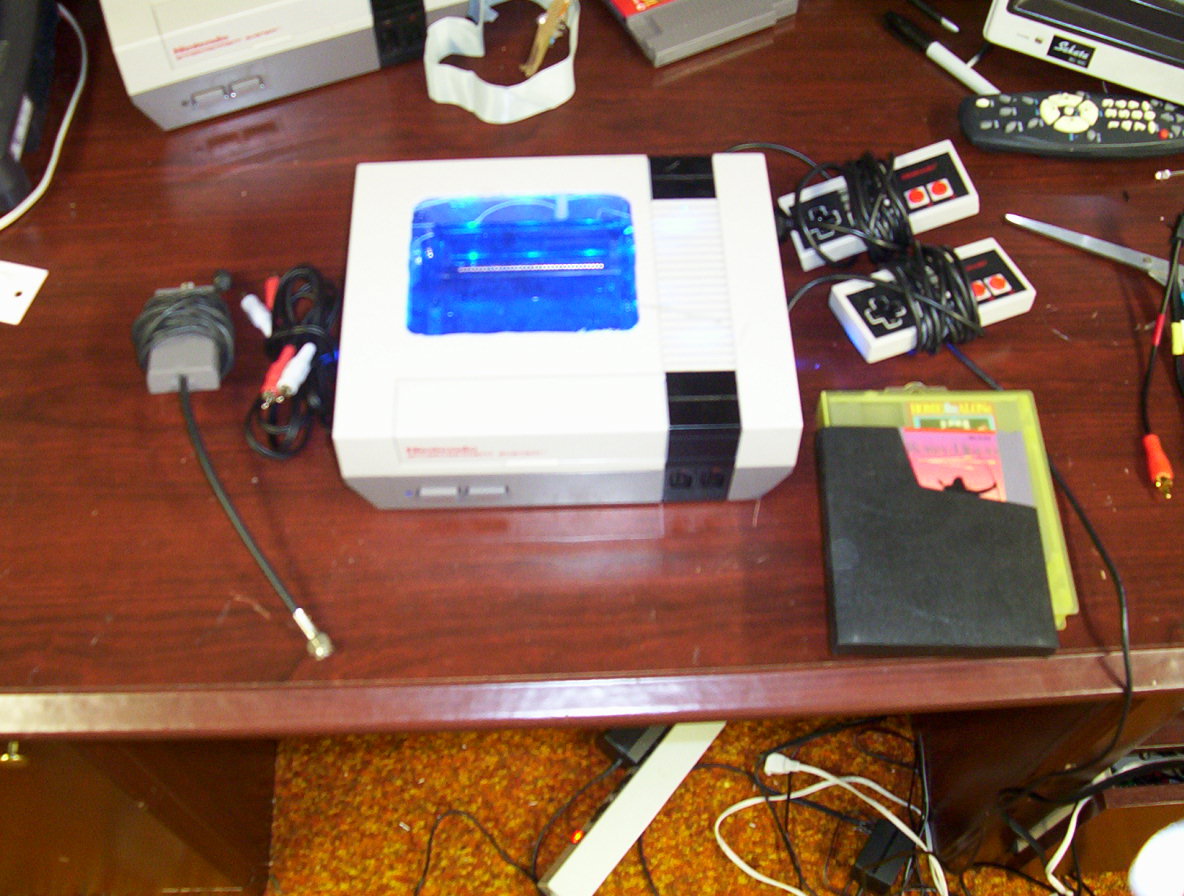 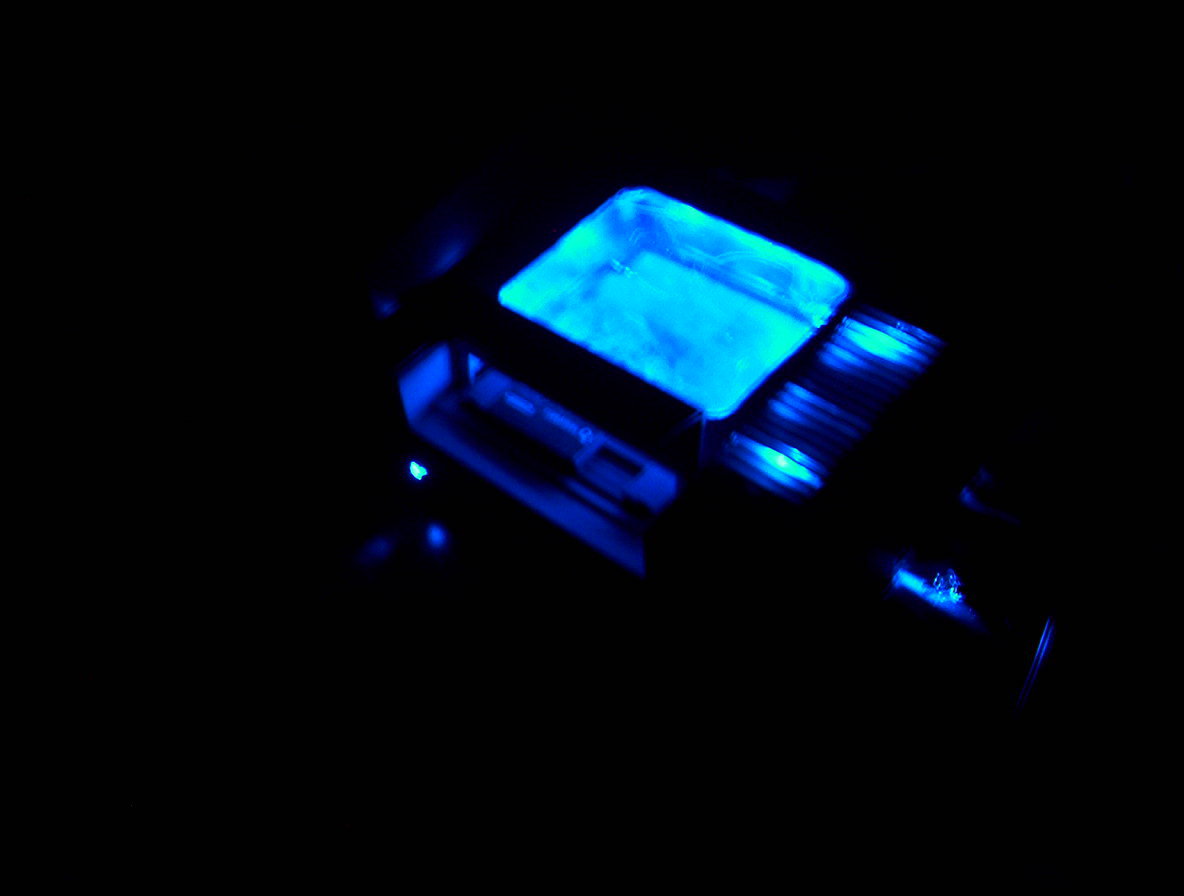 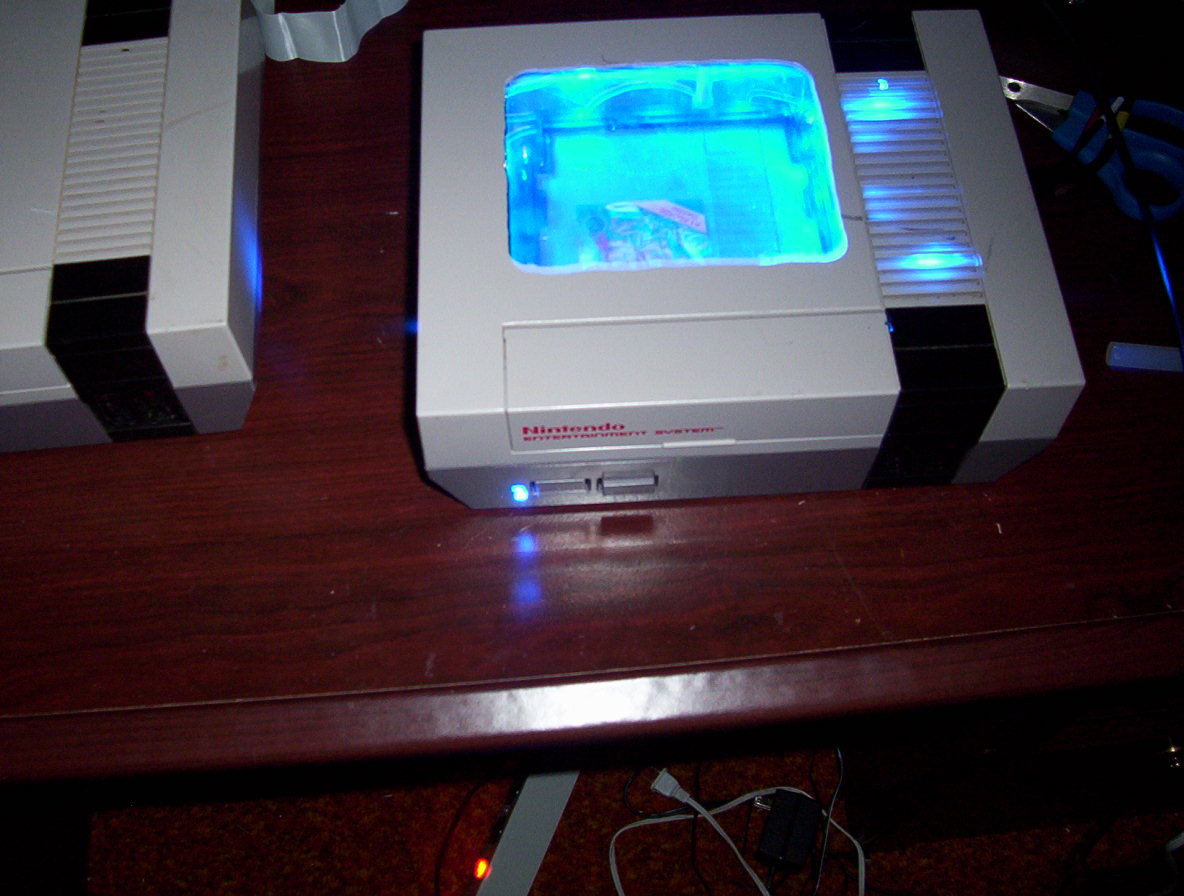 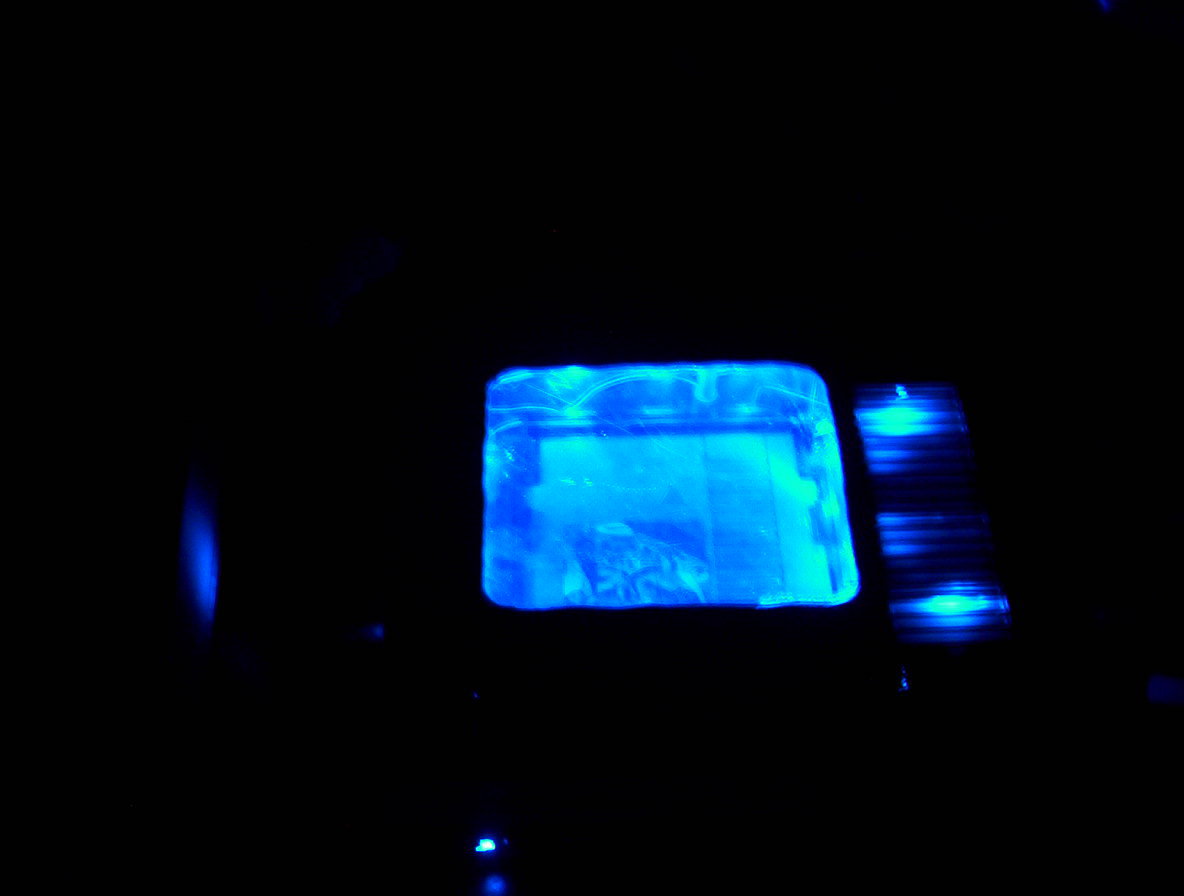