I wrote a computer program to generate piano music on the command line. The generation is done with a simple algorithm to create patterns in MIDI format, which is then imported into my DAW to process the data and turn it into music. There is no AI or Machine Learning in this algorithm - the music is programmatically generated and this video covers the algorithm that I created in detail.

I Made a Computer Program to Generate Piano Music How to install Plex on Void My 5th album (4th full-length). Inspired consists of songs mostly written during 2020 and 2021 - when I decided to quit my job and focus more on music creation. It’s comprised of piano and instrumental tracks.

In 2013, I wrote a program in Node.js called sshp. This was right around the time I was investing heavily into learning node, and honestly having a blast doing it. Node is quick and fun to write, and with only a couple hundred lines of code, I was able to write node-sshp.

node-sshp is a command line utility that acts as a parallelizer for ssh. It works by taking in a file containing a list of hosts to connect to and looping over each host firing off an ssh command in parallel (with a configurable maximum number of concurrent processes). The tool’s description is:

sshp manages multiple ssh processes and handles coalescing the output to the terminal. By default, sshp will read a file of newline-separated hostnames or IPs and fork ssh subprocesses for them, redirecting the stdout and stderr streams of the child line-by-line to stdout of sshp itself.

Writing this tool in Node was an obvious choice at the time: the company I was working for was using Node heavily, and this tool was written specifically to be used at my job. Managing multiple concurrent child processes and IO streams also made Node the obvious choice.

A couple of dependencies will need to be installed that will be used throughout the installation process. Note that root privileges are only required in commands where sudo is used - the rest of the commands can be run as an unprivileged user.

For this guide, the sm64 source code will be checked out into ~/dev, and the required dependencies that are installed manually will be in ~/src, of which there are 2:

To install this package, I found it easiest to take the qemu-irix release as a .deb file from the n64decomp GitHub organization and extract the deb myself.

In 2018 I created my own DIY Pump It Up Pad Platform With Bars - it was a combination of Precision Dance Pads and a platform with bars I created myself. This setup was… decent at best. I wanted the full arcade experience, and knew that nothing was going to satisfy that except for the real arcade pads.

Luckily for me, my friend Kate added me to a buy/sell/trade Facebook group for arcade rhythm games, and within the first week there was a post for used Pump It Up pads for sale about 8 hours away from my house. I jumped on that opportunity immediately! 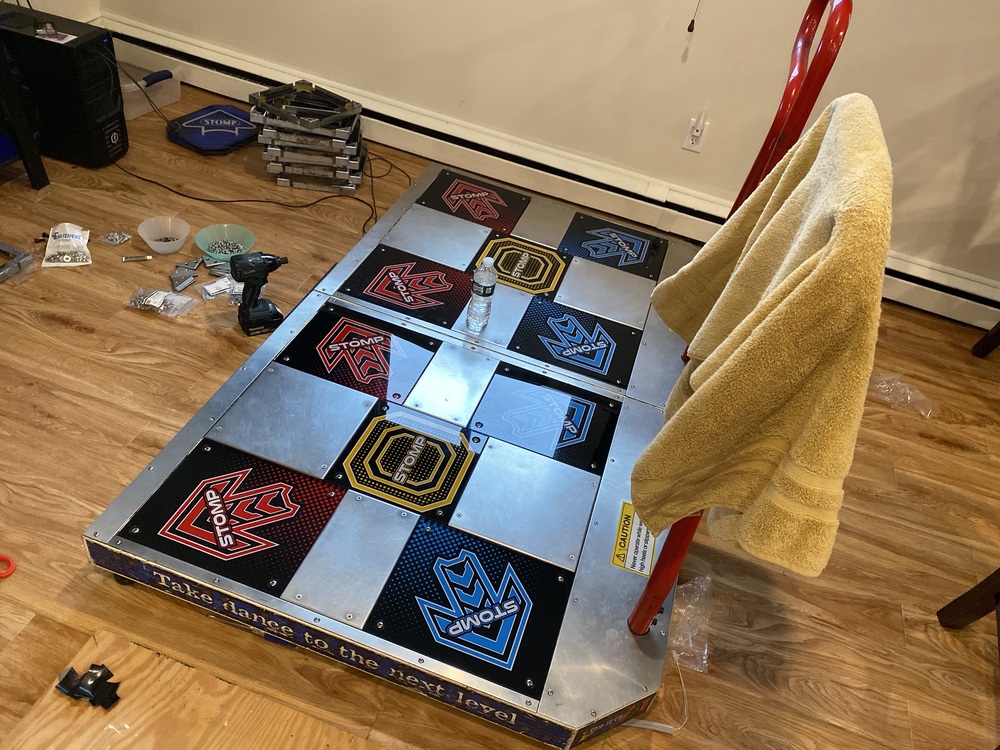 In 2016 I built an Overwatch Themed Desk for my bedroom to use with my gaming machine. Recently, I’ve been getting really into streaming on Twitch and I needed more desk space. I want to do more tech related streams, and gaming in general, and need more desk space for multiple computers.

I decided I should build a new longer desk to replace the desk I currently use. I wanted it to be the same height and depth, but this time make it 6 feet long. 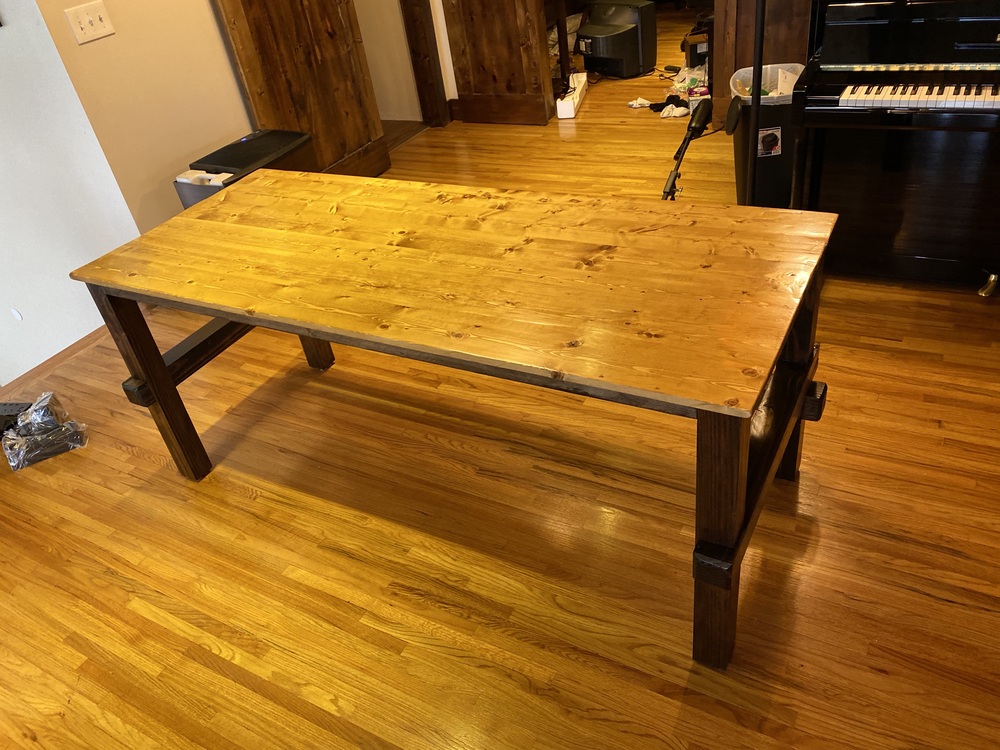 COAL, or Cloud-on-a-Laptop, is an easy way to run and test SmartOS and the Triton Stack in a self-contained VM meant to be run on a laptop. The sdc-headnode repository makes a lot of assumptions when building a COAL image about using VMWare for virtualization on an OS X laptop. However, with some modifications it is possible to run COAL on Linux via KVM managed through virt-manager. 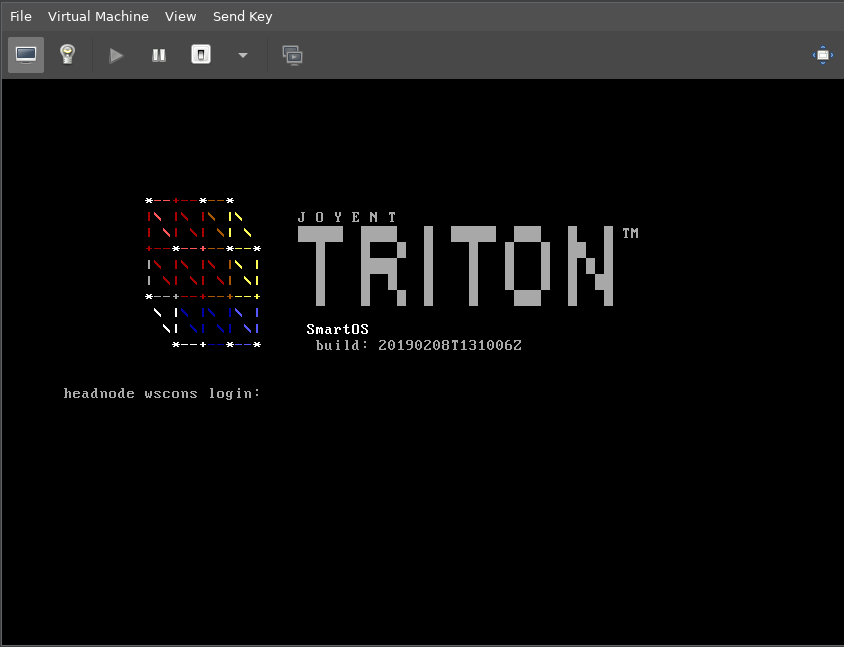 Before getting started with the COAL building process, you can choose to enable nested virtualization if your hardware supports it. This is required if you would like to run bhyve zones on your COAL setup. Note that this setup assumes an Intel CPU.

You can check if your CPU supports nested virtualization by running:

Running and managing virtual machines on Linux is very easy using the virt-manager GUI program. Under the hood, the virtualization technology takes advantage of KVM (Kernel Virtal Machine) in the Linux kernel. The result of both of these together is fast and efficient hardware virtual machines with a really easy and straightforward GUI to manage them.

For this post, I’ll be using the following tools I’ve talked about in my blog post Using Void Linux as my Daily Driver:

Install the following packages to get started:

Start the services that are created by these packages:

Use vsv to check the status of the services:

Running a Bitcoin full node is a great way to ensure the health and integrity of the decentralized Bitcoin network. This blog post is meant to be a guide for compiling, running, and monitoring a Bitcoin full node on a server, and as such won’t delve too much into the specifics as to what the node does, or why it’s important to the network health. If you want to know more check out 6 Reasons To Run a Bitcoin Full Node. 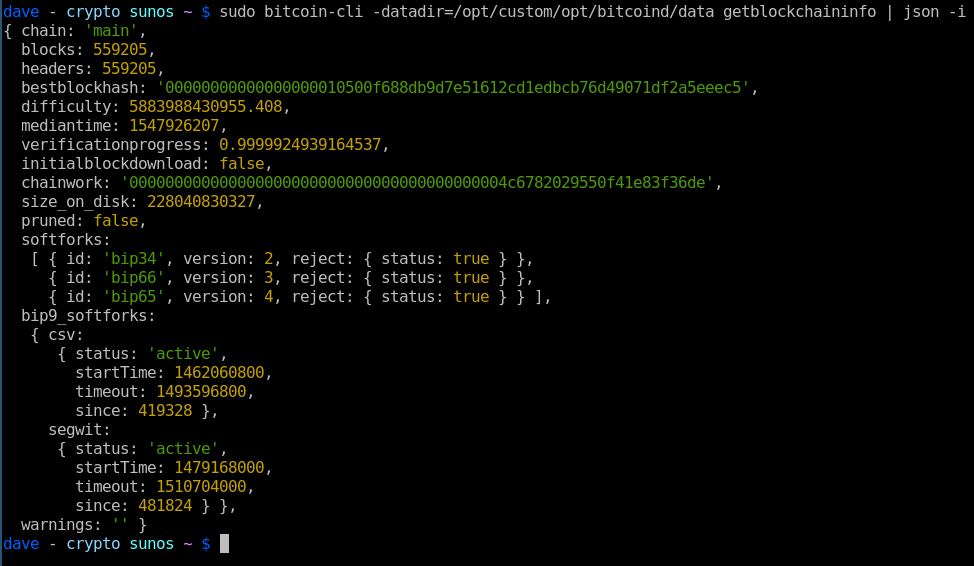 Put simply, running a full node will add to the large number of full nodes running across the world to support the Bitcoin network. The nodes ensure the rules of the protocol and consensus algorithms in place are upheld and enforced, which is what fundamentally allows Bitcoin to work and function the way it should.

Miners create new blocks and submit them to the network for verification - it’s the job of the full nodes to verify these blocks (groups of transactions) and ultimately accept or reject them based on their validity. Every full node will verify the validity of any and all blocks submitted to the network and, for each block, decide if it will be the next new block in the chain or whether it should be thrown out in the case that it is invalid (by either a bug in the mining software or a bad actor trying to undermine the network). Full nodes are the final arbiters when it comes to determining which transactions are valid or invalid.

I provisioned a fresh SmartOS 16Q4 LTS instance with the following JSON payload: