Sonos is a fantastic product that makes it easy to set up whole-house audio in a piecemeal fashion. I started with one speaker, then a couple weeks later was up to 4 speakers, and a couple months after that the whole house is equipped with enough speakers for music to be heard anywhere.

In order to stream your own music collection to Sonos, it must be available over the network using a supported protocol - sadly at the time of this writing NFS is unsupported by Sonos. In order to get Sonos up and running on my network, I setup a cifs/samba read-only share with my music collection inside a SmartOS zone.

This post is basically a modified version of Jonathan Perkin’s and Thomas Merkel’s posts covering mounting in a shared directory with music using lofs.

To create the zone you have to first create a JSON manifest to be used by the vmadm(1M) command. This is the JSON manifest for the cifs zones called cifs.json I used. The filesystems array mounts in /goliath/entertainment from the Global Zone to /entertainment inside the zone. I do this because my entertainment directory is used by multiple zones - for example my plex zone uses it to share my plex library.

Note: this mounts /entertainment as read-only, so even if there is a bug with the samba software, no network user will be able to delete or modify data.

Create the zone with

First, login to the zone

Then, ensure pkgin is up to date

Next, install the samba package

This shares out /entertainment (which is mounted ro from the Global Zone) to the network with guest/anonymous access.

Now you have a working cifs server

In the Sonos app you can go to the Music Library settings in the preferences pane and add the new cifs server. For my server I used 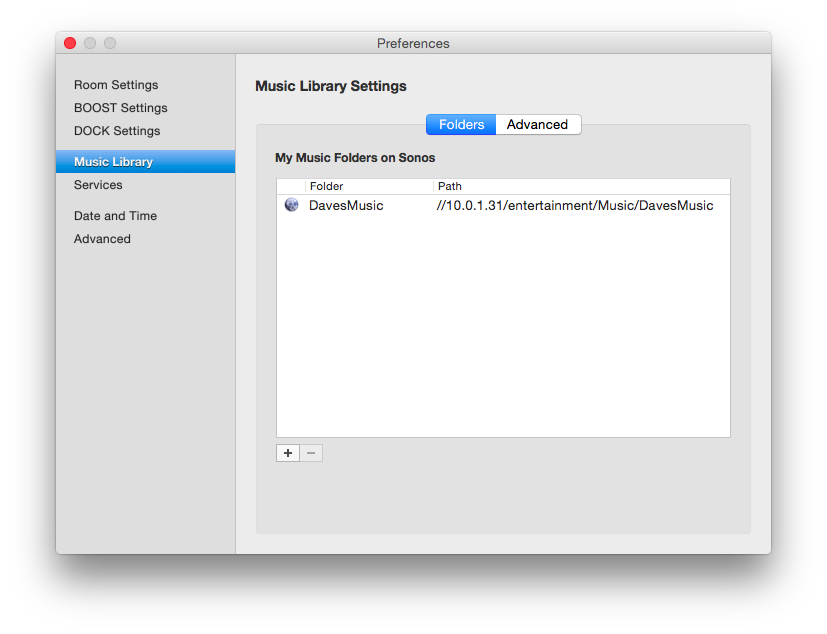