I had some 2x4 slats laying around from other projects ripped with the table saw, so I decided to make a lamp using them. 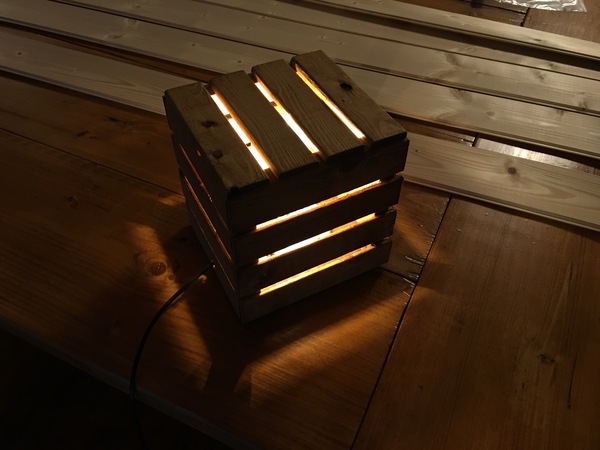 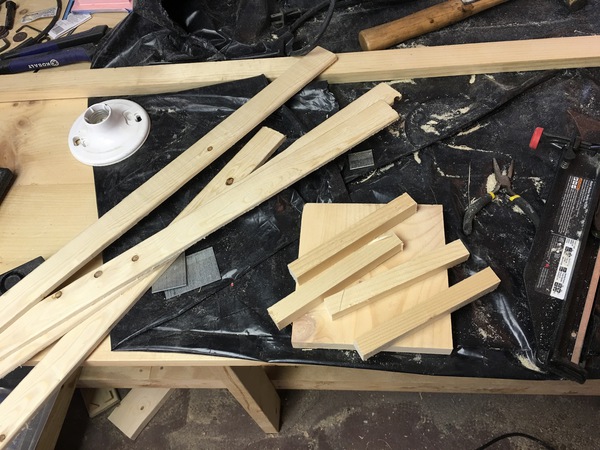 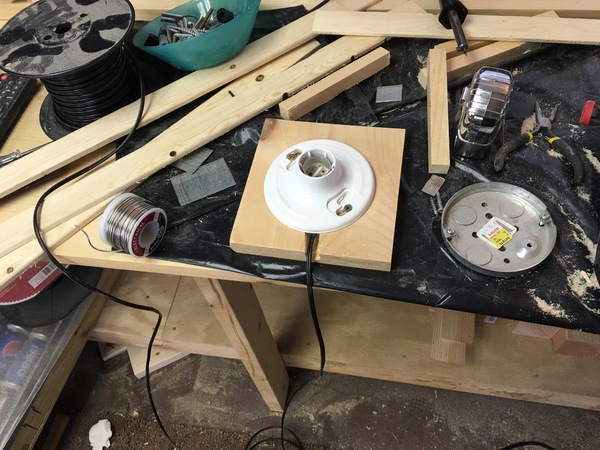 Four posts mounted with glue and a brad nailer 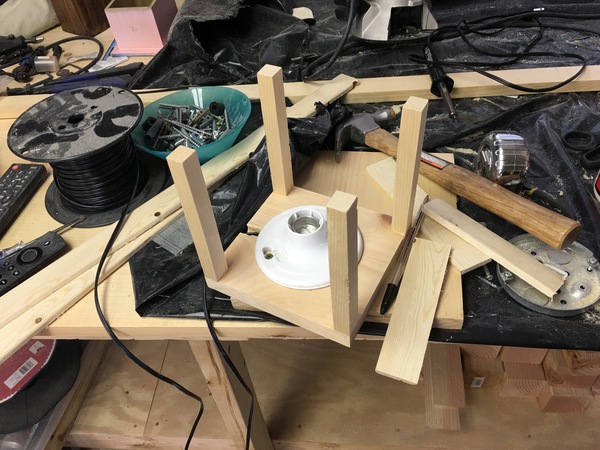 Slats were originally glued, but I dropped that for tiny 1/2” long finishing nails 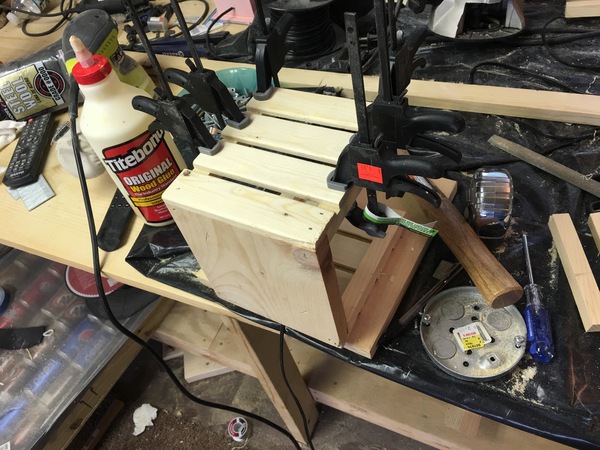 Fully assembled - the top is removable. 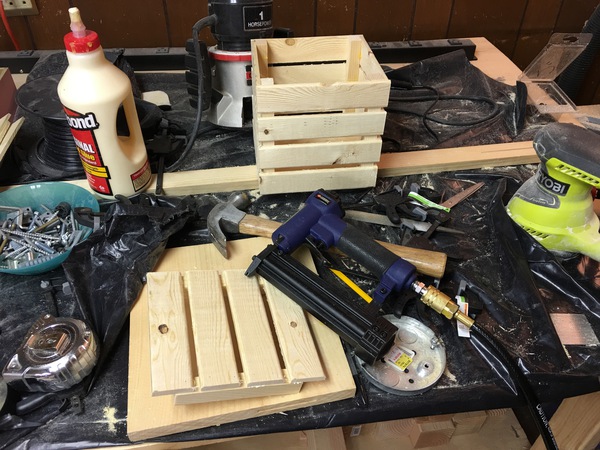 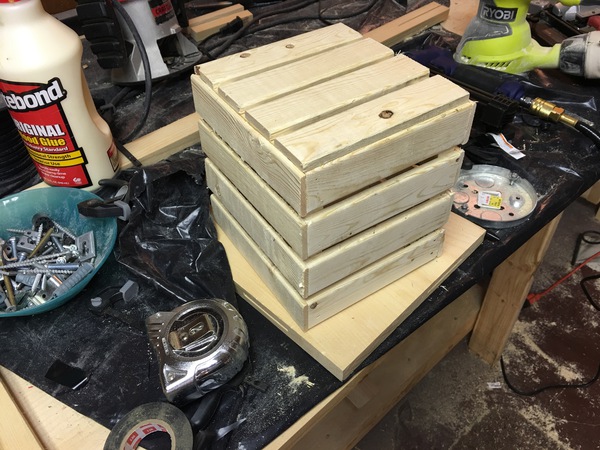 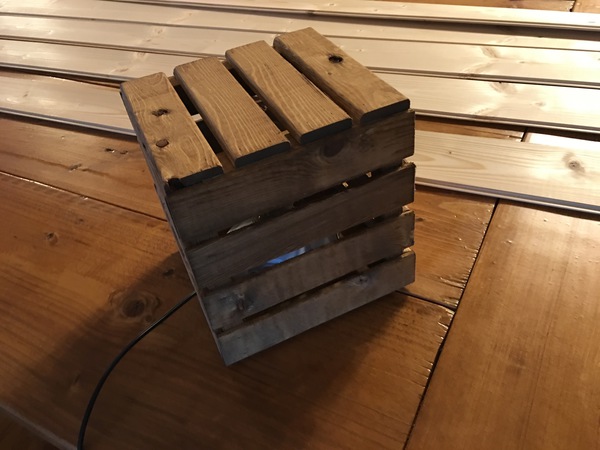 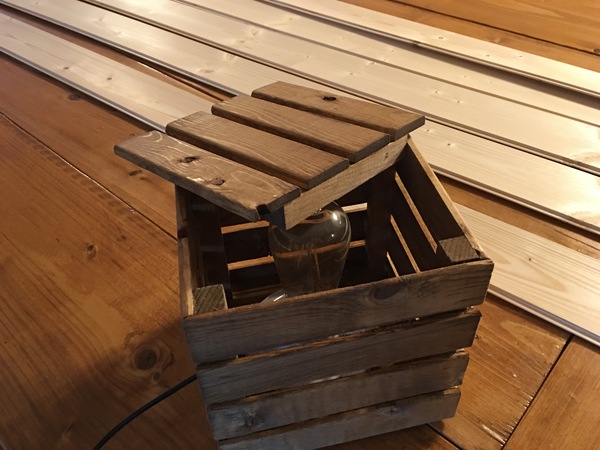