After installing Bash on Ubuntu on Windows I realized some interesting side effects related to how processes and daemons in the Unix environment are handled. Running a process in the background, or daemonizing a process, will work so long as there is a Bash session open on Windows. Once the last window is closed, all of the processes are cleaned up and killed.

I use ssh keys for authentication when connecting to remote servers which requires the use of ssh-agent. I can run this program manually and it will work so long as there is at least one bash session running on my computer, but once I close the last window the ssh-agent is killed and my keys are unloaded. I’ve found a couple guides online regarding ssh-agent and WSL specifically, but most of them assume the keys you are using are not password protected.

To remedy this situation, I managed to find a way to create a hidden terminal session that runs ssh-agent in foreground mode when I login to my computer which persists through sleeps and hibernations. This way, ssh-agent will run and stay running from the moment I login until the moment I logout (which is almost never, unless I reboot).

I received an anonymous email tip to simplify this entire process - no bat or vbs scripts required!

Basically, install the start-ssh-agent bash script outlined below into ~/bin, and then create the scheduled task to execute the following line with the same rules.

And that’s it! The GitHub repo has been updated to reflect this new process as well.

The short version of this is a VBS script is executed by the Windows Task Scheduler at login, which runs a .bat script in a hidden terminal window, which calls bash, which calls a bash script, which calls ssh-agent if it is not already running.

It sounds confusing, and it unfortunately is, but it works!

Now, I can access ~/userprofile which is a link to my users folder on Windows. I created a directory for scripts in My Documents and ~/bin using the following commands.

Note: all of the scripts below can also be found on GitHub

This script will call a bash script that’s responsible for starting ssh-agent if it is not already running. Note that -c is required with bash so ~ gets resolved.

Finally, this is the meat of the logic here. This bash script will start ssh-agent if it is not already running.

The next step is to have Windows start the ssh-agent when you login. To do this, open the task scheduler by opening the start menu and searching for “Task Scheduler” and opening the main result.

The next thing to do is modify the tasks conditions and settings.

For the conditions, uncheck pretty much everything. Basically, we want this service to start regardless of battery/AC state. 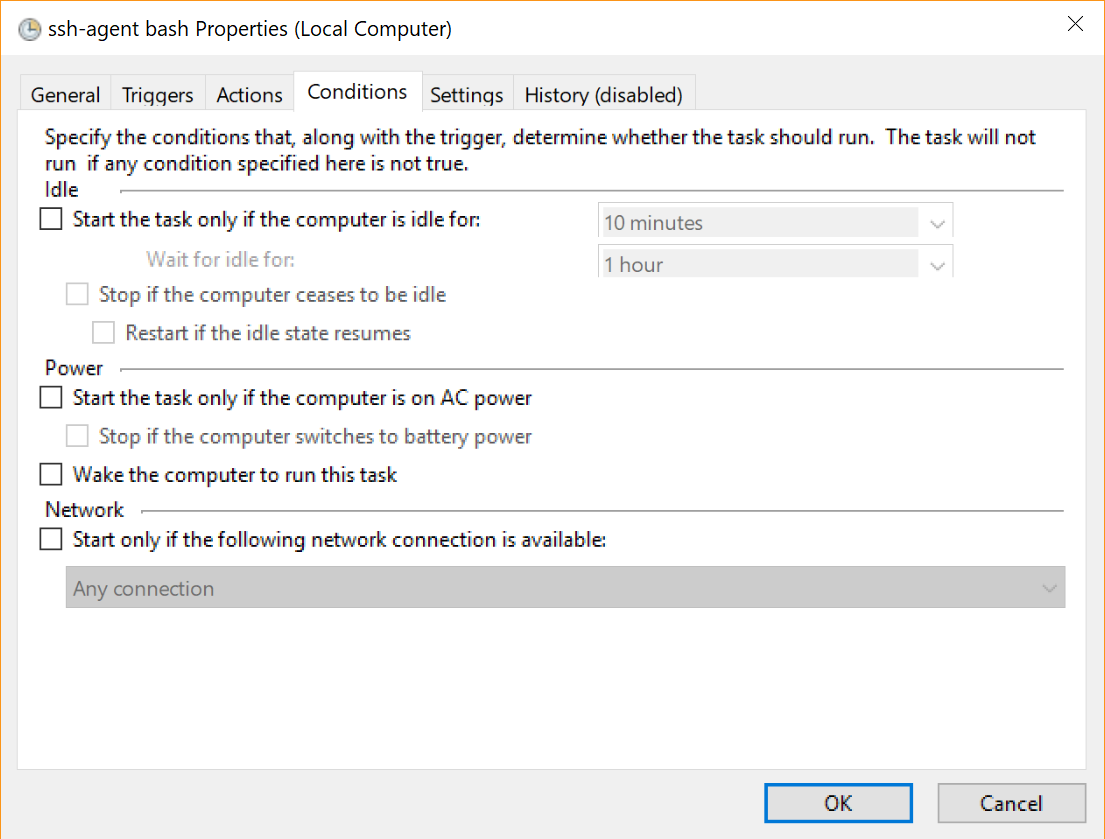 For the settings, uncheck pretty much everything again except for allowing the task to run on demand. 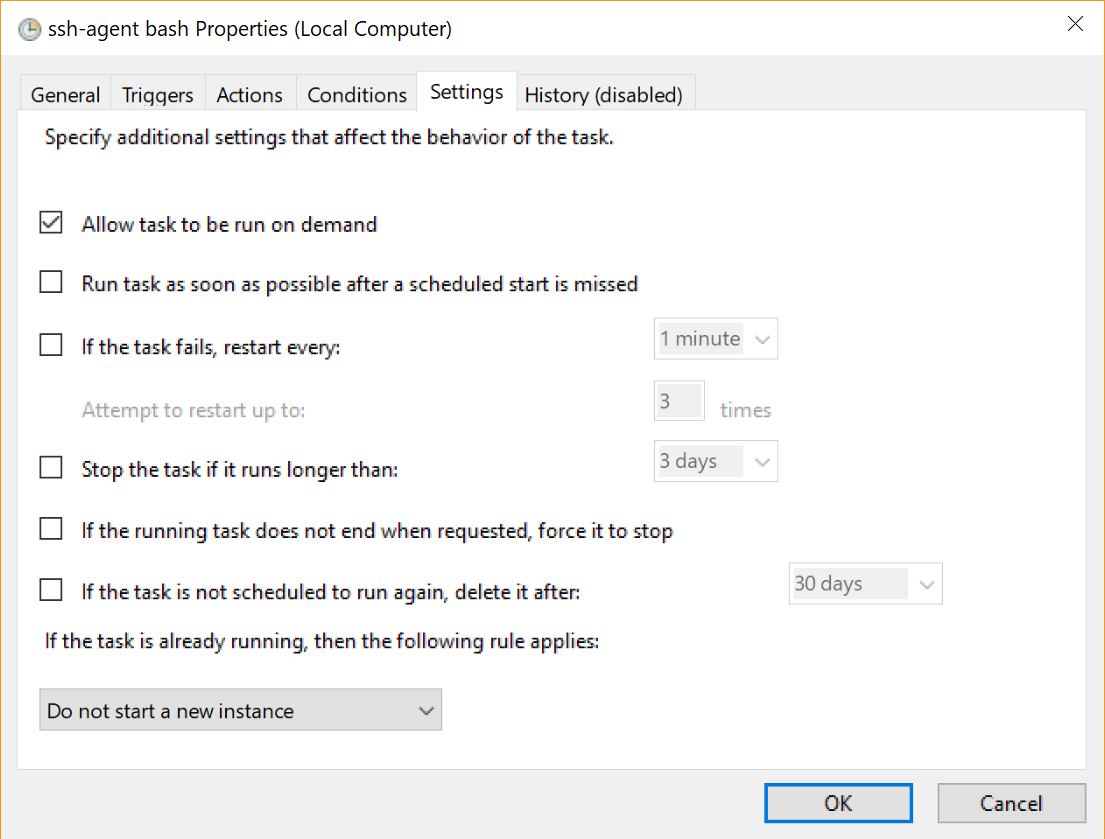 This service will now run when you login to the computer, but for now you can click the newly created task and select “Run” on the right to start it manually this once.

The final step is to have your Windows bashrc file source the ssh environment file that is written by the start-ssh-agent script.

Here is the section in my bashrc that actually detects if I’m on WSL to then source in the env file.

Now, whenever you open a bash shell ssh-agent will be running and its required environmental variables will be set for you to use. You can verify it is running using ssh-add -l.